Anytime there is an ecological disaster, your Santa Clara Area water supply could be at risk. Wildfires are no exception. The record-setting 2017 California Wildfires were some of the most destructive the state has ever seen.

Winter and spring rain exacerbate the issue, slowing down cleanup and causing toxic particles to runoff into streams and reservoirs. 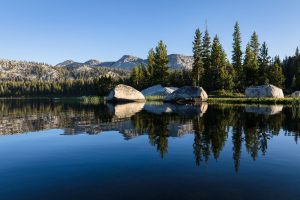 According to the U.S. Department of Agriculture, about half the water supply in the southwestern U.S. is supplied by water from forests, which usually yield higher quality water than other sources. approximately 80 percent of the freshwater resources in the U.S. originate in forested land, and more than 3,400 public drinking water systems are located in watersheds containing national forest lands.

Many area water sources come from northern parts of the state. The State Water Project redistributes water from rivers in Northern California through power plants, pumping stations and aqueducts. 70% of SWP water is used for the San Francisco and Southern California areas.

Other sources for California water include the Los Angeles Aqueduct from the Sierra Nevada Mountains, the Colorado River watershed and local sources, such as recycling and groundwater.

Influence of Wildfire on Local Watersheds

Water quality can be compromised years after a wildfire has burned. During the actual event, ash can fall on lakes and reservoirs that are important to drinking water supplies. The largest issue, however, is the tendency of watersheds to be more susceptible to flooding and erosion. Other ways California wildfires can affect local watersheds include:

Wildfires are unpredictable, and challenging to develop treatment-specific strategies for sources that have been contaminated by its effects. Contact Culligan of Santa Clara today for a free water test to make sure your water is clean and safe. We have a number of options to treat an increase in dissolved solids, hard water, chlorine, and more.